BVN Architecture and the University of Technology Sydney (UTS) have collaborated on a project called Systems Reef 2 (SR2), which is an alternative to standard air distribution between buildings. SR2 is the world’s first robot-controlled 3D-printed air distribution system and replaces the stereotypical elements of our air conditioning systems with smarter alternatives.

SR2 uses recycled plastic as opposed to steel, prefers aerodynamic curves over angular corners and fine pores instead of large ventilation openings. The system was developed in direct response to the fact that the building sector is responsible for nearly 40 percent of annual global greenhouse gas emissions.

The air distribution system offers a 90 percent reduction in gray carbon compared to standard systems. Made from recycled plastic waste, it can be fully recycled at the end of its life, which is an example of the principles of circular economy.

SR2 is designed to fit into existing air conditioning systems, replacing the traditional steel ducts, the design of which has hardly changed over the past 50 years. Reinventing air circulation in our buildings could completely change the landscape of our fight against CO2 emissions.

Ninotschka Titchkosky, Co-CEO of BVN Architecture, says that architecture often focuses on the environmental impact of materials and the structure of buildings.

“At BVN, however, we are also aware that the electrical, plumbing and mechanical systems within a building account for up to 33 percent of the total carbon costs of a typical office building,” she says.

“This means that if we want to seriously reduce the carbon footprint of building design, we also need to rethink how we deliver air to buildings. This new system – SR2 – is really about that. It’s 3D compressed air ”.

“98 percent of all buildings exist. So if we want to tackle climate change, we need to adapt and reinvent our existing buildings to make sure they stay relevant. “

The system takes advantage of the unique properties of advanced manufacturing. The robotic 3D printed and computerized system is adaptable and customizable.

“As a society we are facing great challenges and we cannot afford to continue building as we are now,” says Tim Schork, Associate Professor at the School of Architecture at UTS.

“What is needed is a fundamental rethink and radical transformation of our current practices. We need to develop new approaches to design, materials and construction. “

To create the components, the team programmed an industrial robot to strategically place thousands of tiny, bespoke pores in elongated tubes that join together to form a networked system.

“Instead of routing air at routine intervals across a floor plan, this design distributes the air evenly, which means the air temperature and flow are more constant and nobody has to sit under the cold draft of a powerful ventilator,” says Schork.

Design isn’t just about comfort as the curves greatly reduce energy loss and encourage airflow as the air doesn’t move at rigid angles. 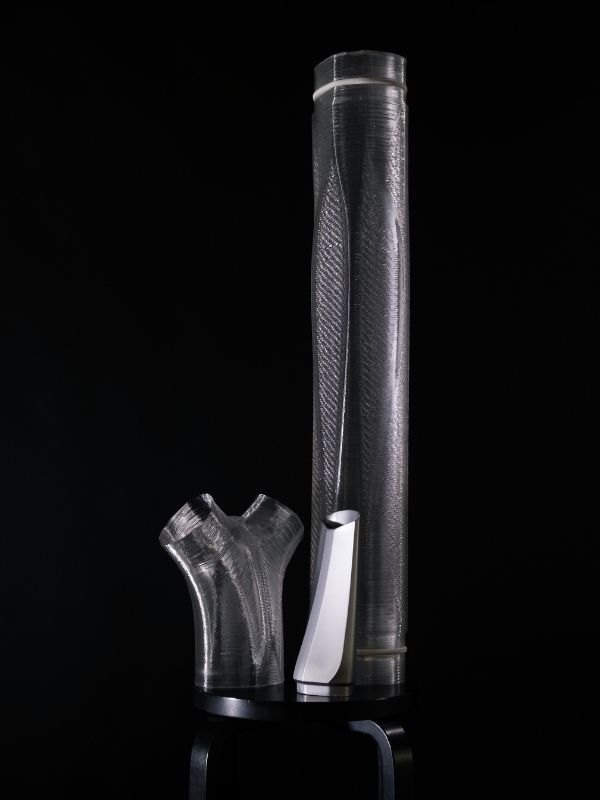 Schork says the architecture industry collaboration has opened doors to work with tertiary institutions on projects of varying degrees.

“The project has not only pushed the boundaries of what is possible in architecture through computers, robotics, large-format 3D printing and the body’s own energy materials, but also opened up a completely new direction of research by showing new ways of designing and manufacturing . “New building technology,” he says.

“It was only through close cooperation that we were able to design and manufacture this unique system.”

For both Associate Professor Schork and Titchkosky, there is an urgency to transform existing building practices by leveraging advanced technologies and developing the digital design tools and manufacturing systems necessary to create a decarbonized building culture.

“We have one of the highest amounts of waste in OECD countries, and as architects, it’s really important that we make a positive contribution and start influencing the industry to change,” says Titchkosky.