TAIPEI – Fenced in by corrugated iron and chain link fences, the rows of low buildings don’t look like much. Many of the wooden structures have collapsed almost completely inward, trees and vines snake through windows and gaps in what were once tiled roofs.

Today the main residents are a sizable colony of cats fed by food from neighbors, but a century ago the buildings were dormitories for employees of the Japanese colonial administration that ruled Taiwan at the time.

This particular block of dormitories in central Taipei housed railway administration employees, but thousands of others were built across Taiwan between 1895 and 1945 for police officers, university professors, and other officials.

What to do with these buildings, many of which have now fallen into disrepair, is an ongoing challenge for today’s Taiwanese government, as well as other institutions such as the National University of Taiwan, whose extensive holdings include 120 wooden structures dating from the Japanese era.

For decades, according to the official narrative of the one-party state of Taiwan, led by the Kuomintang, the houses were considered a historical mistake. When the KMT arrived in Taiwan after the end of World War II and re-established the Republic of China – in what they believed to be a temporary solution – they were appalled at how deeply Japanese culture had permeated Taiwan, once on the edge of the Qing Empire. A Japanese era Zhongli police dormitory originally built in 1941 and pictured before and after its restoration. (Photos by Josh Ellis)

So they set about obliterating the past: turning Shinto shrines into “martyr shrines”, demolishing monuments, and changing the names of cities and streets. The KMT’s influence on Taiwanese society was even greater as it banned the use of Japanese, indigenous languages, and the Taiwanese Hokkien dialect in schools, and wiped out much of the former Japanese-speaking elite.

In an effort to house Chiang Kai-shek’s army and millions of refugees from China, many of the former colonial dormitories either became “military villages” and remained operational until their problems became unsolvable.

What KMT Orthodoxy did not allow was that, despite their age and features of traditional Japanese folk architecture, these houses were considered “historic sites” – low wooden frames with gable roofs and often covered with tiles. This distinction has only been given to buildings associated with Han Chinese culture.

“Before the idea of ​​preservation became popular, most of these houses were used as offices or staff apartments well into old age and had to be demolished, which was around the late 1990s,” said Shu-mei Huang, an associate professor at the Graduate Institute of Building and Planning of the NTU.

The 1990s would be a pivotal time for Taiwan when, with the advent of democratic rule, the common people could finally look back on the island’s multi-ethnic past, spanning not only the Japanese era, but also its indigenous history and that of its earliest Hakka and Southern Min speaking settlers.

This movement was the antithesis of the KMT’s historical narrative that put Taiwan into orbit across 5,000 years of Chinese history. The half century of Japanese colonial rule, previously viewed as a “national stigma” by the KMT, “has been reinterpreted positively,” said Yoshihisa Amae, associate professor at Chang Christian University’s Graduate Institute of Taiwan Studies, in a research paper.

The revision of the Taiwanese Cultural Heritage Conservation Act in 2000 to broaden the definition of “historical structures” and, more importantly, greatly expand the types of sites for which government funding can be sought, will be the Settings clearly. According to Huang, the number of historic buildings from the Japanese era rose from 17 in 1997 to 850 just over a decade later.

Some of the first major conservation projects were a huge success, such as the Wistaria Teahouse in Taipei, a 1920s Japanese-style wooden house that once served as a gathering place for democracy activists during the martial law era. After an extensive renovation and as a listed building, it is now a tourist hotspot thanks to its Instagram-enabled interiors.

While other Japanese wooden buildings have become museums or cultural centers, the fate of many others is still uncertain. NTU’s lush campus includes around 28 listed buildings that are already earmarked for conservation, although more are under consideration. 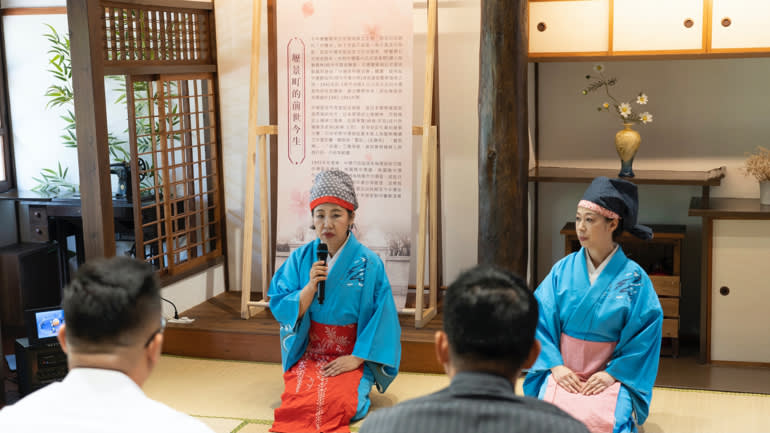 Above: Since 2017, the former residence of General Sun Li-Jen has hosted banquets and parties, which is now operated as a private restaurant. Below: Many Taiwanese still enjoy elements of Japanese culture that were adopted during the colonial period from 1895 to 1945. (Photos courtesy of ArtGo Design Creative).

Finding the money can be a big challenge, however, as Taiwanese universities don’t get the kind of massive alumni foundations found in the West, said Louis Ge, professor of civil engineering and vice president of general affairs at NTU.

“A lot of the houses need repairs or renovations, but the lack of money means we have to leave them, so there’s not much we can do. We can make some minimal changes, but we can’t (always) do it.” a complete renovation, “said Ge.

A full renovation can cost more than NTD 20 million ($ 718.00), about half the price of a two-bedroom apartment in Taipei, he said, and often requires reallocation of funds from elsewhere. The renovation process is also lengthy, as the building would have to be appraised by a state-appointed expert and then approved by a joint committee.

In many cases, renovated buildings are almost entirely reconstructed with new materials, although architects attempt to use traditional Chinese and Japanese construction methods by following historical drawings and construction plans.

In Taipei, many of the remaining Japanese wooden buildings once stood on the outskirts of the city, but with the expansion of the capital, they are now in central upscale districts like Daan and Zhongshan. The railroad’s derelict dormitories that have been turned into cat shelters are surrounded on one side by an expressway, but on the other by several luxury settlements.

Perhaps Taiwan’s government realized that not all buildings could become museums and so leased them to private companies to cover maintenance and renovation costs. Successful examples are restaurants and cafes like two operated by the ArtGo Cultural & Creative Company.

After ArtGo leased General Sun Li-Jen’s former residence from the Ministry of Defense, ArtGo transformed the building, built in 1905 by Japanese architect Moriyama Matsunosuke, into a successful restaurant in 2017. The company recently rented a group of three former police barracks in nearby Taoyuan, which they have turned into a coffee shop, exhibition center, and assembly hall.

Jung Lee, ArtGo’s head of marketing, said both buildings were available for rent as the government had already carried out extensive structural renovations without which rental would not have been possible.

“I think the Taiwanese government has started to take this seriously over the past decade because much of the private sector may be reluctant to invest money in this type of project because they don’t make money from it,” she said. “They’re scared of such an old building. You have to spend a lot of money to keep it and you won’t see a return in five years.”

While ArtGo had to jump through extra hoops to keep their leases up, the government proved positive as landlords when restaurants and cafes closed in late spring due to COVID-19. Unlike other cafe operators, they did not have to pay rent during their closure. Above: Restored Japanese colonial buildings are often used as cafes across Taiwan, like this ArtGo Creative-run venue in a former Taoyuan police station. Bottom: After Taiwan changed its Heritage Preservation Act in 2000, the number of historic buildings from the Japanese era rose from 17 in 1997 to 850 a decade later. (Photos courtesy of ArtGo Design Creative)

For her next project, however, Lee is looking for a historic building from another era to stand out from the crowd so that the market doesn’t become saturated with Japanese heritage. “There are 2,800 Japanese remains in Taiwan. Every government in every city has been trying to do the same thing for the past few years,” she said.

For many Taiwanese, however, these buildings represent a new “Taiwanese identity of pluralism” in which Japanese cultural influence is “not seen as an alien element that will dilute Chinese culture,” but as part of a more complex identity for the democracy of the Third Wave, said Huang from NTU.

While the Japanese did much to improve Taiwan’s infrastructure and arguably treated it best among its Asian colonies, ethnic Chinese have always ranked second in the empire’s often brutal ethnocentric system of government. Indigenous Taiwanese fared even worse.

“Fair talk and nostalgia for the colonial past risk bringing the celebration of the diverse culture of Taiwanese society closer to right-wing thinking in Japan (especially under the Abe government),” she said. “They have this campaign that Japan is cool, Japan should be more proud of itself, and the attitude of Taiwanese society towards that culture contributed to that thinking.”