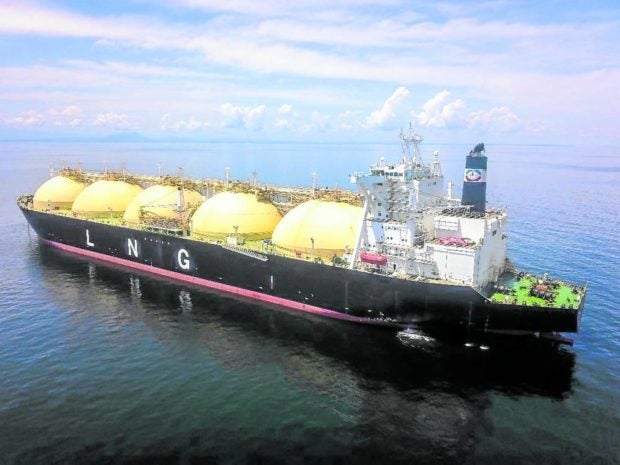 Singapore-based Atlantic, Gulf & Pacific International Holdings (AG&P) is finally bringing liquefied natural gas (LNG) to the country with the opening of a terminal by the first quarter of 2023.

“We look forward to opening the PHLNG (Philippines LNG) Regasification Terminal in early 2023 and bringing LNG to the Philippines for the first time,” Joseph Sigelman, chairman and CEO of AG&P, said in a statement.

The construction company has just completed the conversion of the LNG tanker, dubbed ISH, into a floating storage unit (FSU) or vessel, which it describes as a “central component” of its 14.6 billion-pound LNG import terminal in Batangas. The FSU is part of a combined offshore-onshore import hub with an initial capacity of 5 million tonnes per year.

AG&P began building its facility immediately after receiving the go-ahead from the Department of Energy in March last year.

LNG, which is said to use 40 percent less carbon dioxide, is in line with the government’s goal of increasing green energy in the country’s power generation mix.

AG&P had said its facility would usher in “a new era of clean, efficient fuels” and “supply the region’s current and future energy needs.”

Although LNG is being touted as a reliable and affordable bridge fuel as countries transition from coal, a report by the Institute of Energy Economics and Financial Analysis had found that global LNG supplies were constrained and prices had reached record highs.

“Some may argue that LNG prices will soon settle down to affordable levels, but the general expectation is that prices will remain high for the next four to five years,” Sam Reynolds, energy finance analyst at IEEFA, said last month .

In addition to AG&P, the First Gen Corp. von Lopezes to inaugurate their own LNG terminal.

FloatingAG&P signed a 15-year contract with ADNOC Logistics and Services (ADNOC L&S) in February for the supply, operation and maintenance of its 137,512 cubic meter floating facility.

Karthik Sathyamoorthy, president of AG&P Terminals and Logistics, said construction of two onshore tanks, which will be the second phase of the LNG facility, has also begun. These tanks would be integrated as part of the main terminal in 2024.

Sathyamoorthy said the facility will store and ship LNG to power plants, industrial and commercial customers and other consumers. AG&P has not yet announced the names of its customers. INQ

Do not miss any news and information.