It’s no secret that the ancient Greeks left a lasting mark on the world. Ancient Greek architecture preceded some of the most iconic design styles in the world. In fact, classic ideas about art and architecture keep coming into vogue. It is often used to denote an important institution or government building.

Ancient Greek architecture includes some types of buildings that defined culture and city life, including temples, hypostyle halls, open-air theaters, public spaces, and many models of housing. Although these works were created so long ago, much of the logic behind the acoustics and structural principles has remained the same today.

In this article, we break down the common features that define the architecture of Ancient Greece and introduce you to five of our favorite buildings designed in this style.

In this article, we break down the features of classical or ancient Greek architecture and some of the best examples of this style. 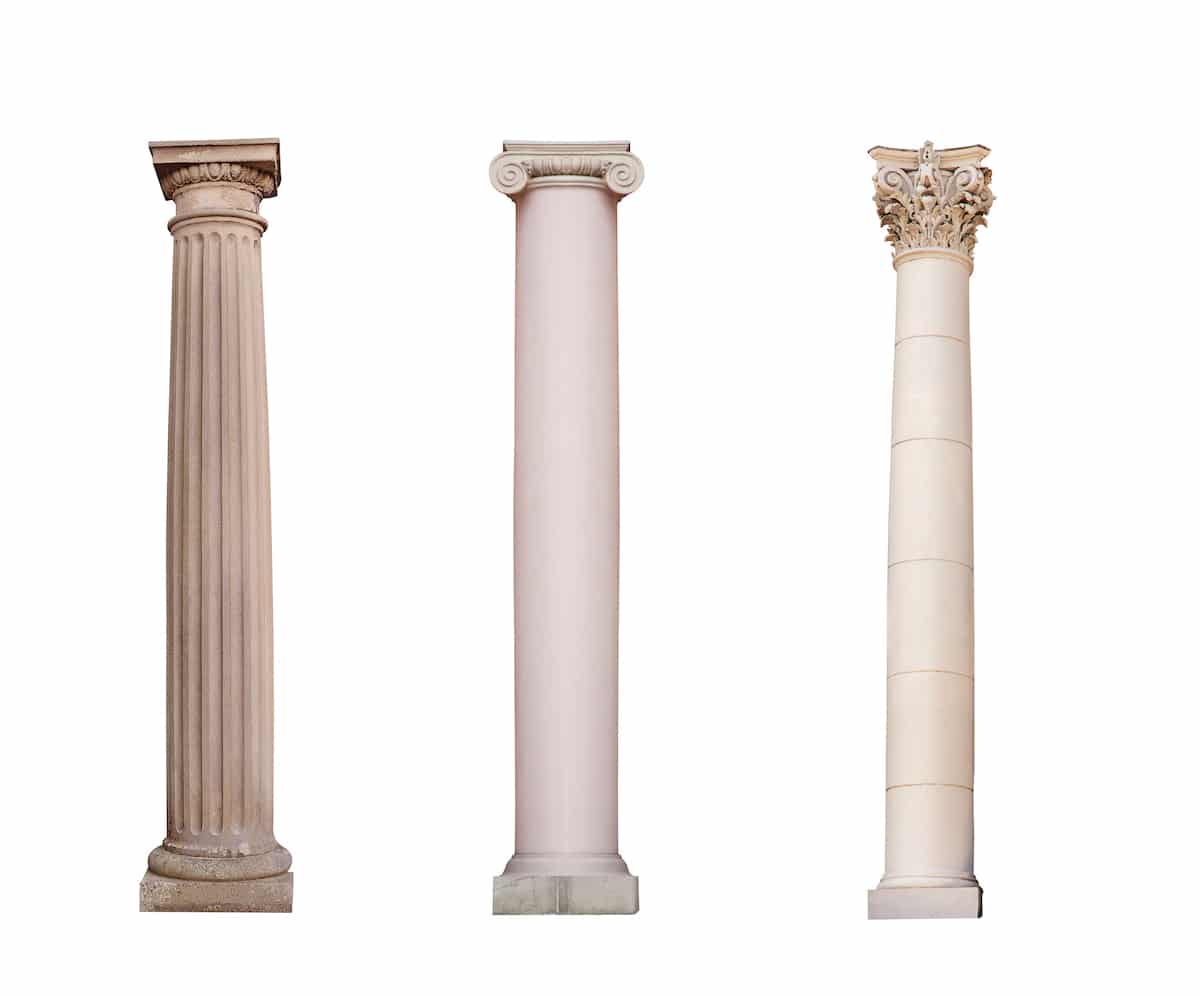 Porch of the Caryatids at the Erechtheion Temple on the Acropolis of Athens, Greece (Photo: Stock Photos by Tymonko Galyna / Shutterstock)

Much of ancient Greek architecture focused on orderly beauty, so that columns, openings, and other elements were evenly spaced in an overly symmetrical building. 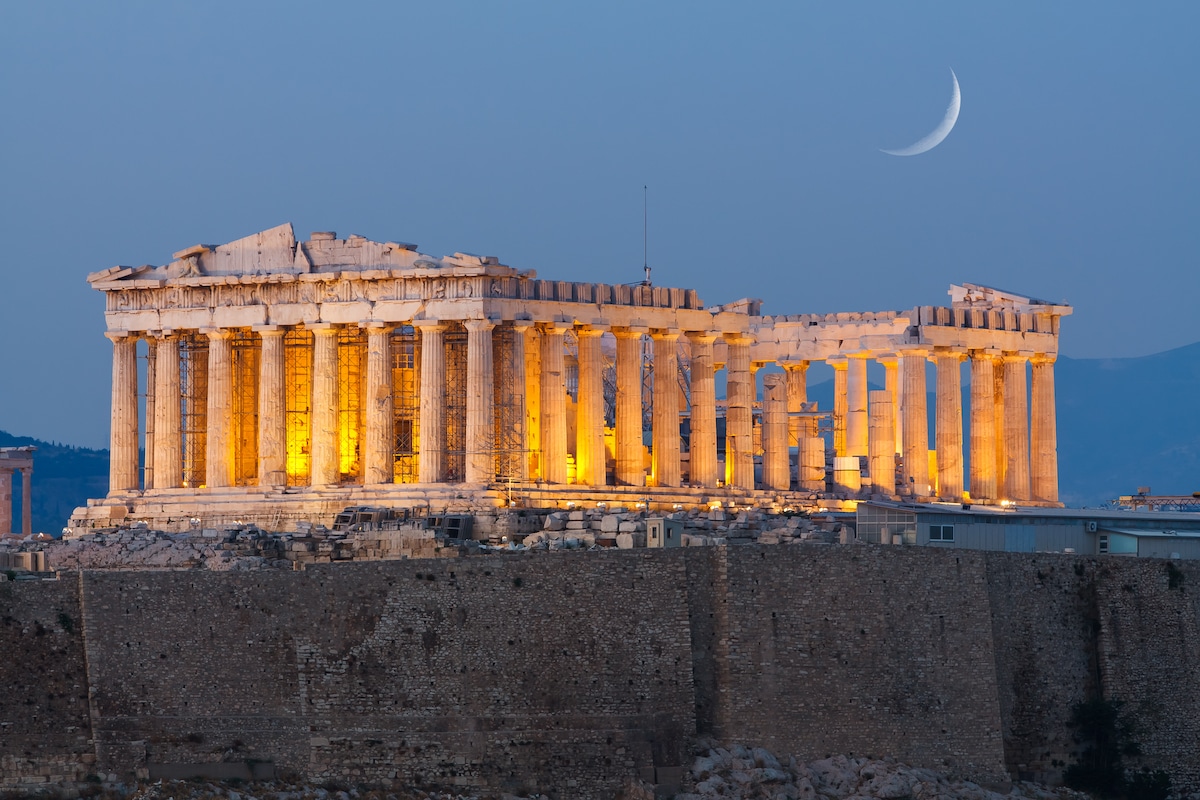 the Parthenon is one of the most famous structures in the world and attracts millions of visitors every year. It sits on the hill of the acropolis in Athens and is often described as having pronounced spiritual qualities. The Parthenon was founded in the 5th century BC. Built to honor the goddess Athena, the virgin Athena Parthenuswhere the name of this structure comes from.

In addition to its architectural-historical relevance, the building is also important because it is a symbol of democracy in Athens. The Parthenon was built as a celebration of the victory over the Persians and is considered the ultimate example of the classical Doric order. The ornamentation and details of the entire work are often referred to as the highest quality of craftsmanship and architecture in ancient Greece.

The Parthenon site was home to a long spiritual history that began before this structure with a “pre-Parthenon” temple dedicated to the goddess Athena. Even after the Parthenon as we know it was built, it also spent time as a Greek temple and treasury, the Christian Church of the Virgin Mary, and a mosque. During this time, the structure suffered damage and the theft of the art it contained, but it still stands today as an icon of ancient Greek and Classical architecture.

To find out more, check out our article on 10 Facts About the Parthenon. 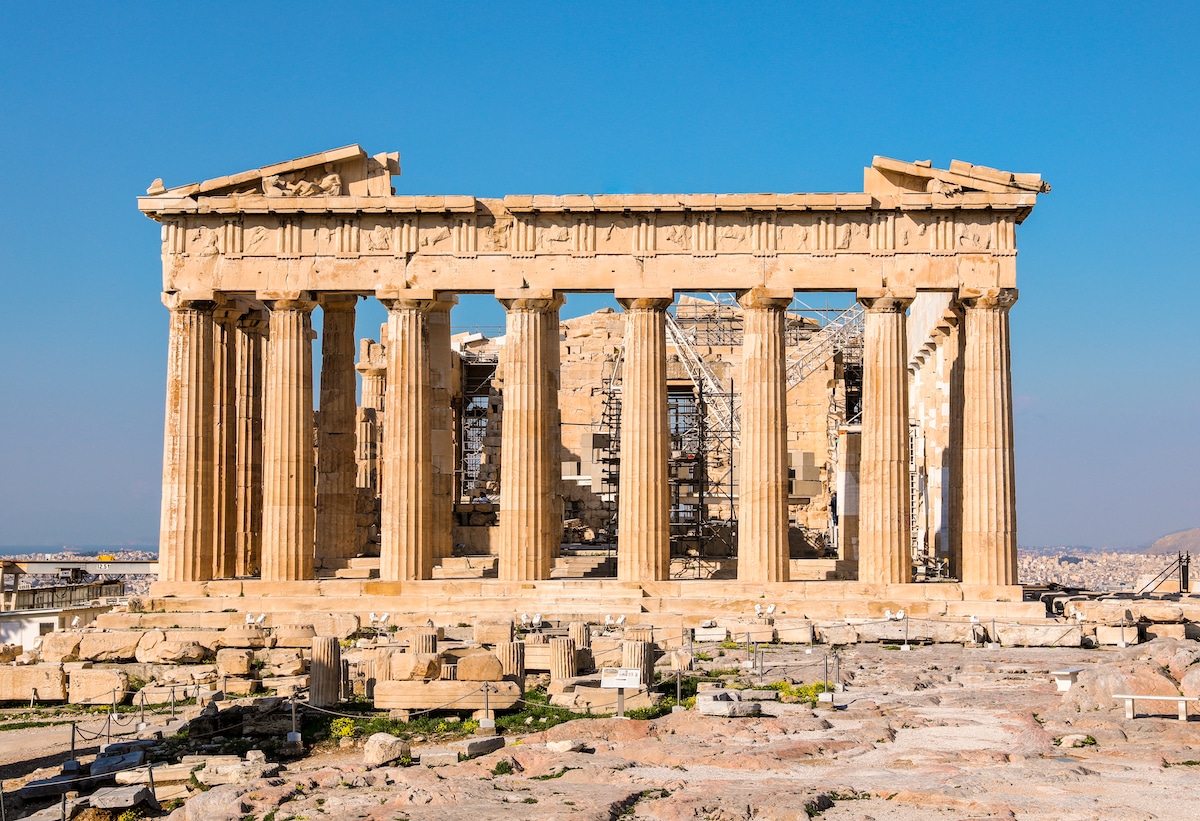 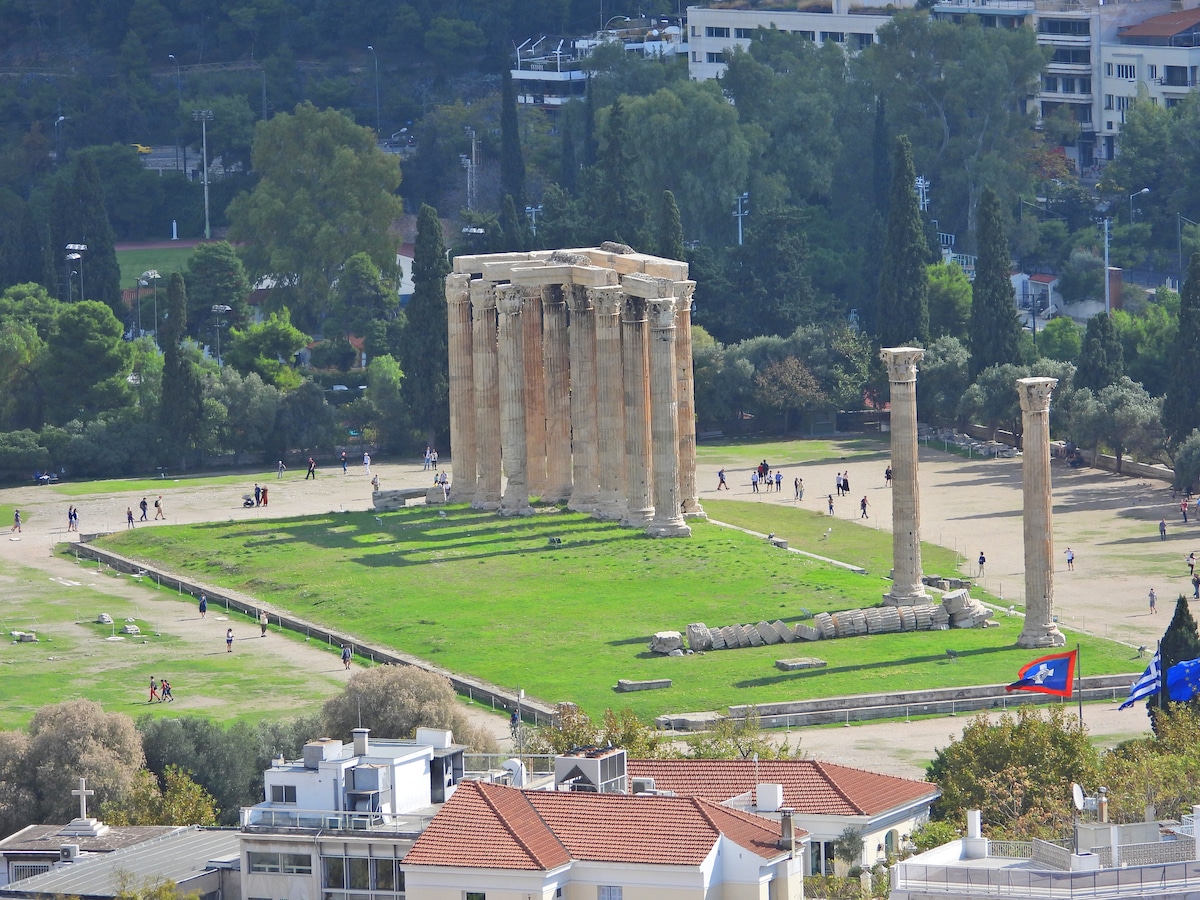 the Temple of Olympian Zeus, or the Olympieion, is known for its incredibly tall pillars. It started with construction in the 6th century BC. And was completed by many architects over the years, some of whom have adapted the design. The original plan was for a temple in the Doric order and was made of limestone. Political difficulties forced construction to a standstill for centuries.

When it started again, the temple in the Corinthian order – and thus the first temple of this order – was to be built from Pentelic marble. Once again, the leader was unable to complete the temple and construction was suspended. It was only under the Roman emperor Hadrian that the project is finally over. The Temple of Olympian Zeus consisted of 104 columns, each 55 feet high, and a massive statue of Zeus.

The temple has been damaged over the years by the sack of Athens, the spread of Christianity that stopped the worship of the ancient gods, as well as the Turkish occupation and storms. Although much of it was destroyed, 15 of the pillars still stand and the Temple of Olympian Zeus is still one of the most incredible examples of ancient architecture. 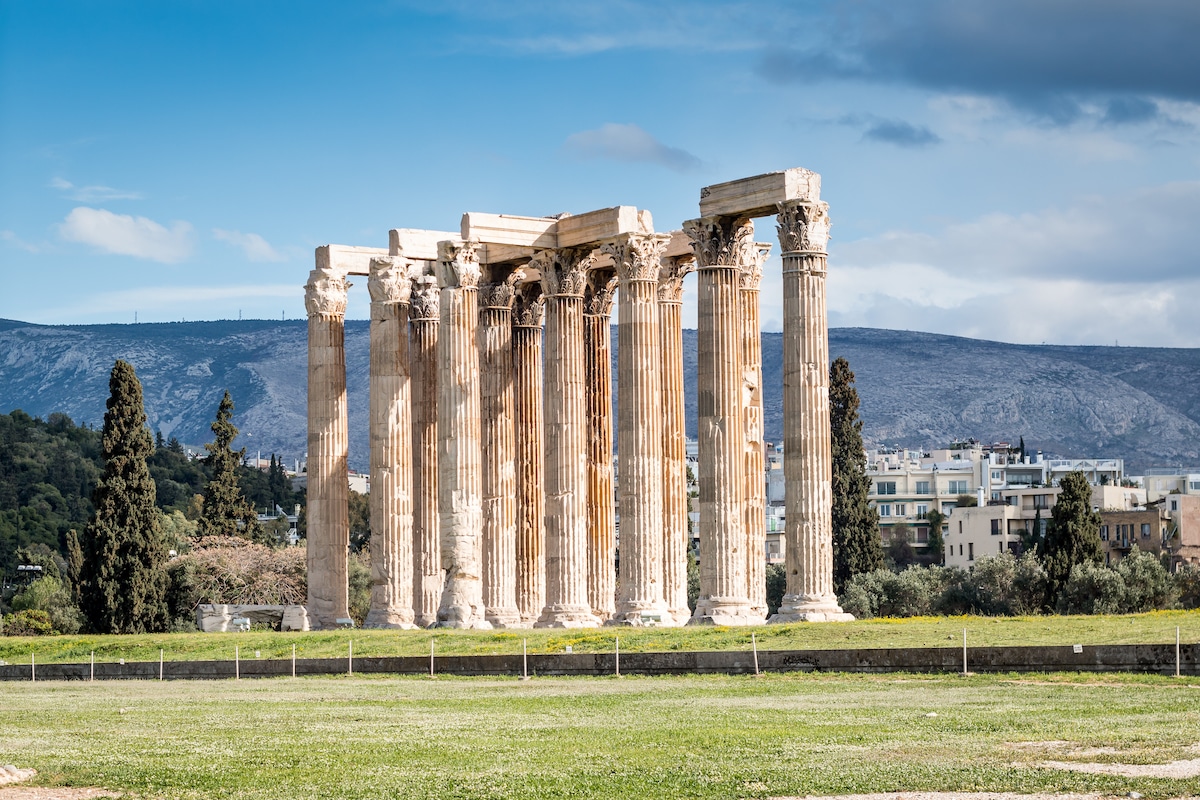 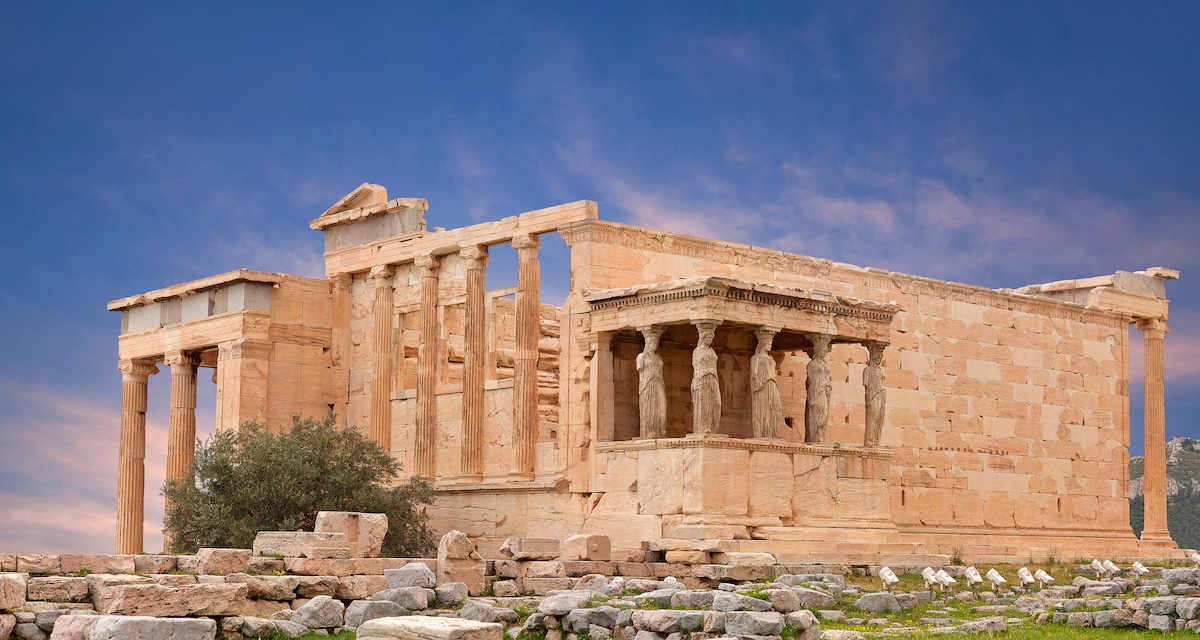 the Erechtheion, or the Erechtheum, is an ancient Greek temple near the Acropolis of Athens, Greece. It was used from 421 to 406 BC. It was built by Phidias, a sculptor and mason who also worked on the Parthenon.

The Erechtheion was designed to house an ancient wooden statue of the goddess Athena but was used for other spiritual purposes. It was built from white marble from Mount Pentelikos. The design itself was unusual because of its lack of symmetry and its construction over a massive slope. Because of this, we’ll never be entirely sure of the floor plan, but we are able to understand most of the main features of the structure.

One of the most iconic elements of ancient Greek architecture can be found in the Erechtheion: the Veranda of the Virgins. This porch has six caryatids or pillars in the shape of women who support the impressive roof. Though beautiful, the porch was built with the pragmatic purpose of hiding a massive beam that resulted from a major design change. These sculptural pillars are now in both British Museum in London and the New Acropolis Museum. 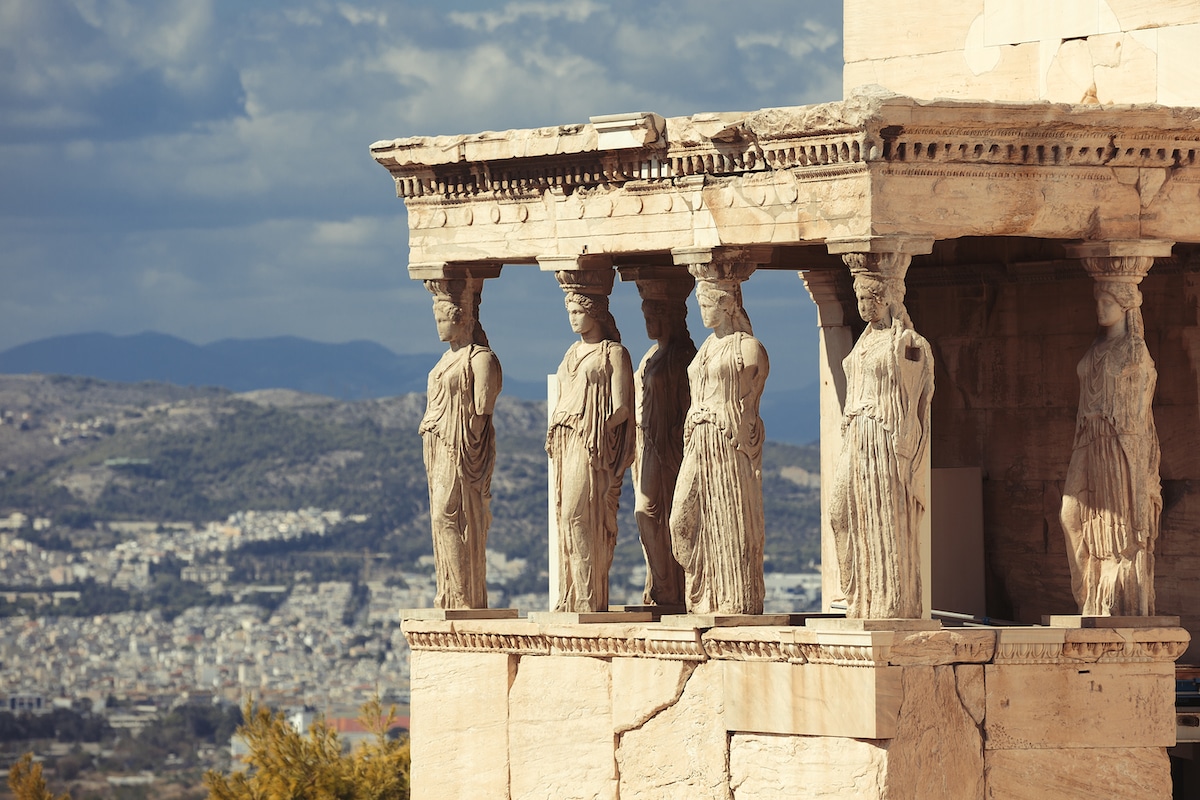 Portal of the Caryatids in the Erechtheion Temple on the Acropolis of Athens, Greece (Photo: Stock Photos by Anastasios71 / Shutterstock) 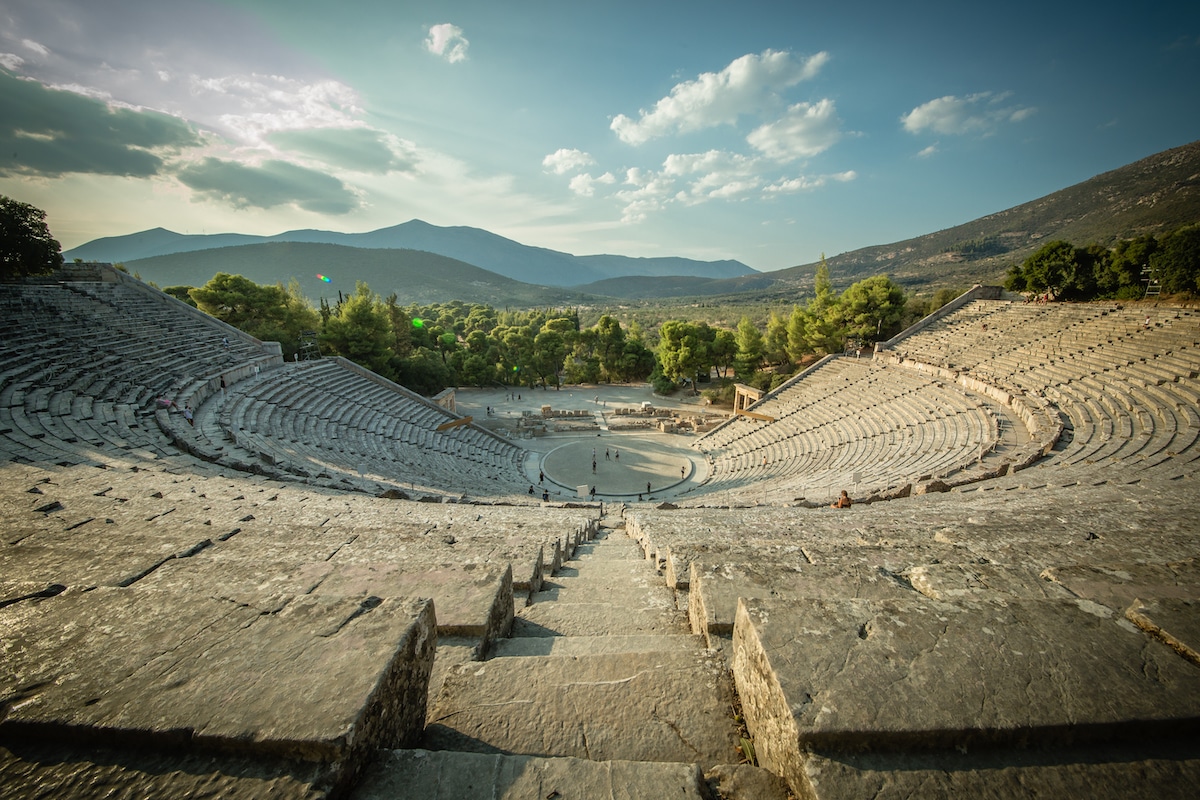 It makes sense that the Great theater of Epidaurus is considered the most famous theater of Ancient Greece as it is probably the best preserved. This theater was built in 340 BC. Built by Polykleitos the Younger and offers incredible acoustics for events and also acted as a health center. People from all over Greece are said to have traveled to the theater for healing.

But how exactly does an ancient open-air theater of this size work for such large-scale events? How can the top row visitors hope to hear a performer on stage? The structure has carefully considered the acoustics of this situation. Each radial step captures the sound by creating a “virtual pitch” that helps filter out low background noise and make the main sound appear clearer. This acoustic technology kept the theater in operation for many centuries.

The theater was eventually destroyed in the late 4th century and remained unused until 1881 when the auditorium was excavated. Despite the loss of the stage building, the theater reopened for events in 1938 and remains a popular tourist destination for visitors and a cultural staple for locals. 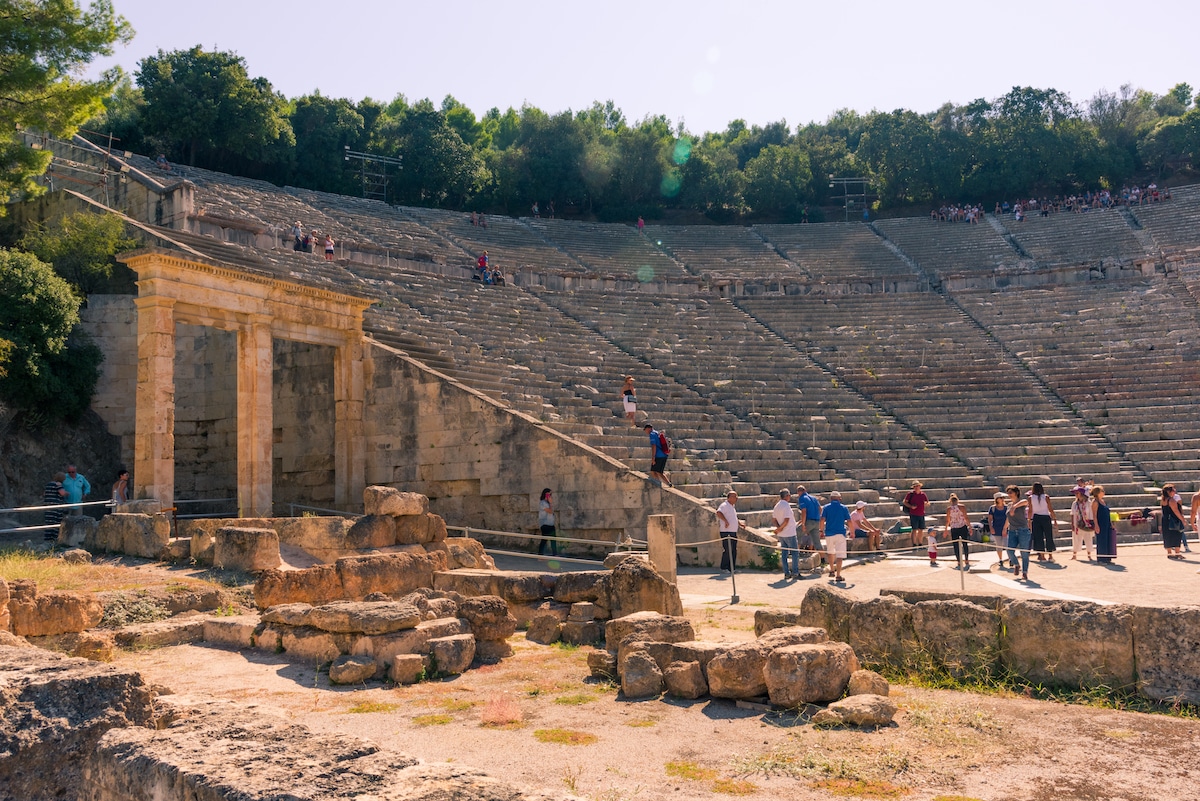 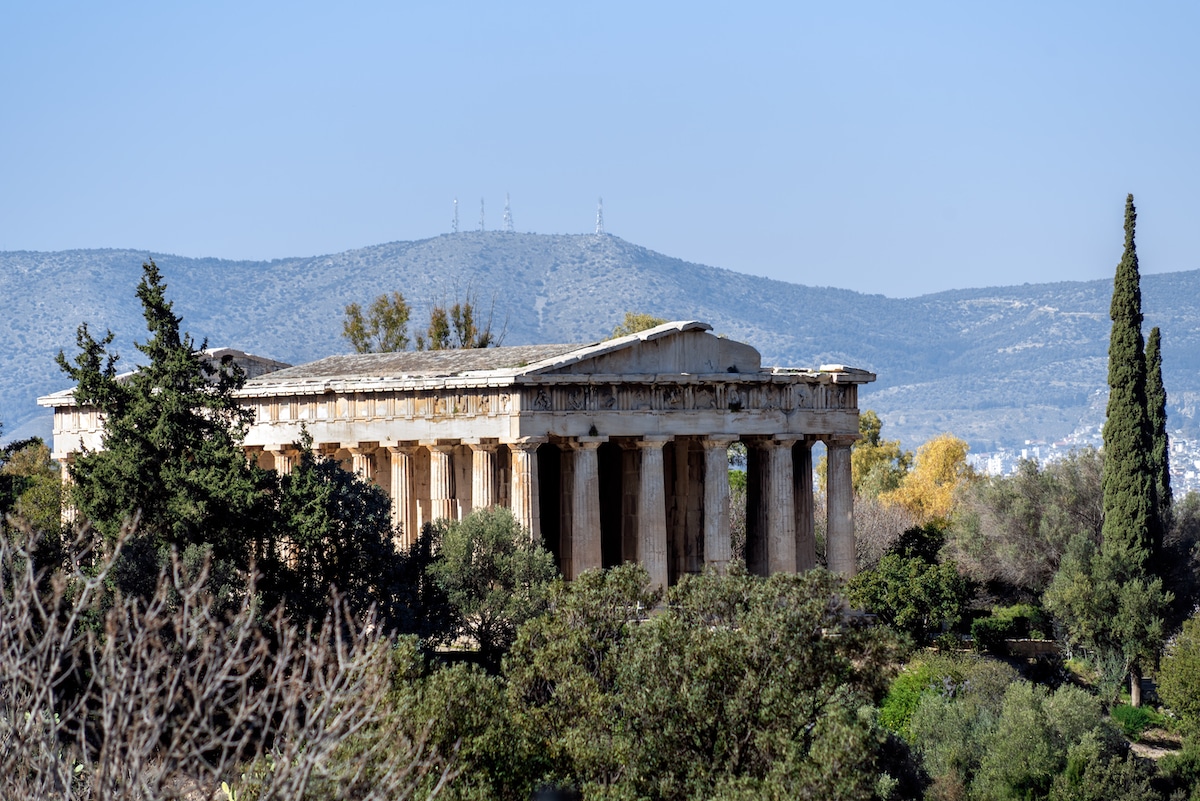 the Temple of Hephaestus is dedicated to both the fire god Hephaestus and the goddess of pottery and handicrafts Athena. It is also the best preserved temple in ancient Greece and was built according to the Doric order. Although older than the Parthenon, some of the same craftsmen and architects worked on both.

The ancient temple also served as the center of Christianity for some time when it was converted into St. George’s Church in the 7th century AD. It stayed that way until 1834, when King Otto converted it into a museum for a hundred years. If you pay a visit today, you can see an incredibly well-preserved ancient temple. 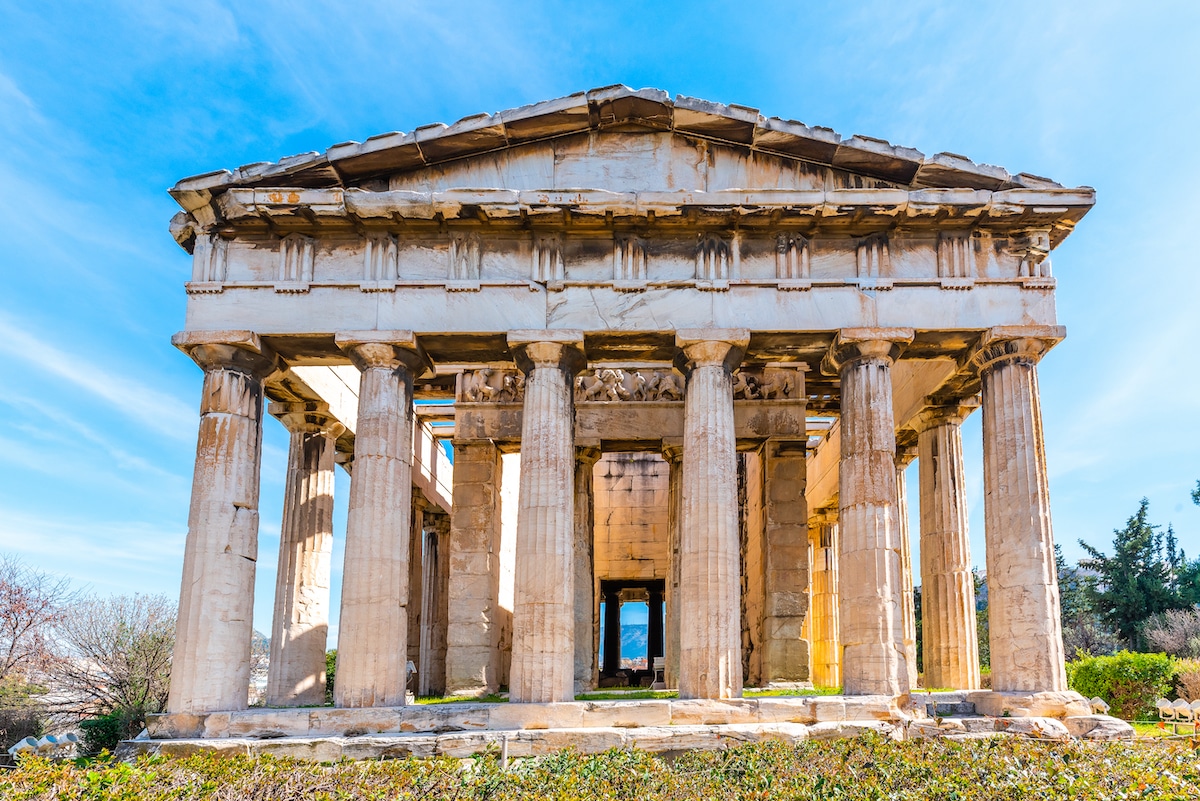 5 postmodern buildings that capture the playful side of movement

5 baroque buildings celebrating the extravagance of the architectural movement